The Classic Gujarat private luxury tour is a fascinating journey through India’s most western state, which is noted for its fine textiles, extravagant temples and its majestic lions.  Start your journey in the capital city of Ahmedabad to explore the life of Gandhi, marvel at the distinctive textile museum and remarkable architecture. Next, explore Modhera’s exquisite Sun Temple before enjoying a desert safari in the Little Rann of Kutch. Continue to Bhuj, where you will experience Gujarat’s rich textiles heritage with visits to local artisans’ villages, before discovering the princely city of Gondal. Next is the thrill of spotting an Asiatic lion in Sasan Gir Lion Sanctuary. The revered Somnath Temple will be your next stop before heading to the idyllic beaches of the island of Diu. Finish your Classic Gujarat tour in Bhavnagar’s birdlife-filled Victoria Park before returning to Ahmedabad. This itinerary is just a starting point of some of the many possibilities in Gujrat. We can further tailor this holiday to suit your requirements.

We also offer textiles-focused tours to Gujarat. Known as the textile state of India, Gujarat has one of the subcontinent’s most flourishing textile industries. There are many different arts and crafts, each dependent on the community, caste, tribe and region. The result is a rich and varied textile heritage. Our textile tours give the chance to experience the traditional techniques of these textiles and also provides some great shopping along the way.

ARRIVE IN AHMEDABAD (STAY AT THE HOUSE OF MG)

Your private luxury tour through India begins on arrival in Ahmedabad, where you will be met by a member of our team at the airport and chauffeured to The House of MG. One of the oldest buildings in the city, this boutique hotel is a great example of early 20th century colonial architecture. The 38 beautifully-appointed rooms are vast, verandah-edged and masterfully decorated, with a traditional yet luxurious ambience. Late afternoon visit to Adalaj stepwell.

Today, you will be exploring Ahmedabad, India's first Unesco Urban World Heritage Site. Start at Sabarmati Ashram museum, Gandhi’s headquarters during the long struggle for Indian independence. This will be followed by a walking tour of Old Ahmedabad including the Jama Masjid, one of India’s most beautiful mosques, and Manek Chowk, a historic square and the city’s biggest market for jewellery, textiles, fruit and vegetables. You will also be visiting the calico museum to see one of the most extrodinary collection of Indian textiles, miniature paintings, bronzes and pichhwais.

After breakfast, you will be driven to Dasada, stopping en route at Modhera, home to the Sun Temple. Built in 1027, this beautiful monument is one of the few shrines that are dedicated to the Sun God. Continue on to Dasada and check into your hotel, Rann Riders, an eco resort with imaginatively-designed cottages. In the afternoon, go for a desert safari to Little Rann of Kutch, a salt marsh which contains one of India’s largest wildlife reserves.

Your next stop is Bhuj. Check into Regenta Resort, which has 65 rooms and two great restaurants. In the afternoon, do a private-guided tour of Bhuj. Begin with Prag Mahal Palace, built in the 19th century by Colonel Henry Saint Wilkins in Italian Gothic style. Next door is the beautiful 18th century palace Aina Mahal, a fine example of Indo-Saracenic architecture. Finish with Hamirsar Lake, which is 450 years old and brilliant for people watching.

After breakfast, you will spend the day experiencing Gujurat’s textile heritage which also gives a great chance to shop. After a visit of Bhujia fort often referred to India's equivalent of 'the great wall of China'  start with Bhujodi, the major textile center of Kutch, with the vast majority of the town’s 1,200 inhabitants involved in textile handicraft.  Everything from tie-dye, weaving, block printing and a huge source of handicrafts for bigger emporiums in the cities. Continue to the Block Printing village of Ajrakhpur before browsing beautiful embroidery work at Ludiya village. Your last stop will be Hodka Village, known for its decorative mirror workings.

This morning, you will be driven to Gondal where you will check into heritage hotel Orchard Palace which was built in the late 19th century to host personal guests of the Maharaja. In the afternoon, tour Gondal, once an 11-gun salute princely state. On the banks of the river Gondal lie the beautiful 18th-century Naulakha Palace complex and two other royal residences, the Riverside Palace and Orchard Palace, both built in the 19th century and now heritage hotels. The rulers of Gondal were tremendous car lovers, so the royal garages house some rare vintage vehicles (the earliest has the registration plate 'Gondal 1'). Highlights include a collection of princely relics and Bhuvaneshvari Temple, one of the few temples in India dedicated to the Hindu goddess Bhuvaneshvari. Naulakha Palace boasts exquisite carvings, beautiful "jharokhas" (balconies), a pillared courtyard, striking gargoyles and a chandelier-lit "durbar" hall. It also houses an eclectic museum with artefacts collected by the Maharaja of a large number of toy cars, horse-drawn carriages, dolls and pictures.

At Orchard Palace peacocks wander the lawns and time stands still. Here, you will find a striking 'room of miniatures' sitting room with a magnificent collection of miniature paintings and antique furniture. The Riverside Palace is a colonial-style building set in beautiful gardens. Once home to the Crown Prince of Gondal, it houses period furniture from the royal family’s heirloom collection. There are a number of temples in Gondal, the most impressive is the Swaminarayan Temple, also known as Axar Mandir.

Leave Gondal this morning for the Buddhist Caves of Khambhalida are a half hour drive from Gondal and the ancient, fortified city of Junagadh is just over an hour away  believed to have been built in 319 BC by the Mauryan emperor Chandragupta. Once inside, visit Mahabat Makbara mausoleum Jami Masjid, the mosque, the pillared Buddhist caves and the two stepwells. Continue to Sasan Gir Lion Sanctuary, the last remaining home of the Asiatic lion, where you will do a private-guided safari to spot the big cat. Stay the night in Lion Safari Camp, a luxury camp in a private mango orchard.

Begin today with an early morning game drive to spot the Asiatic lion. Then leave for Diu, stopping en route at Somnath. This temple town is home to the stunning Somnath Temple, believed to be the first among the 12 jyotirlinga shrines of Shiva. Later, you will be driven to the tiny island of Diu, where you will check into your hotel, Radhika Beach Resort, which is elegantly furnished and opposite the beach.

Today will be a relaxing day beside the beach. Once governed by Portugal, Diu, linked by a bridge to Gujarat’s southern coast, is still infused with Portuguese history and architecture, and even some remnants of Portuguese culture. Some of India’s best beaches can also be found here, including palm-fringed Nagoa Beach, shaped like a horseshoe which is perfect for swimming and picnics on its sun-kissed white sand.

DIU TO BHAVNAGAR VIA PALITANA (STAY AT NILAMBAG PALACE)

This morning, you will be driven to Bhavnagar. On the way, stop at Palitana Temples, which comprises of 863 magnificent Jain temples, from the base to the peak of Shatrunjaya Hill. Continue to Bhavnagar where you will check into Nilambag Palace which was constructed in 1859 and home to the ruling Gohil dynasty of Bhavnagar. Today, this hotel has 26 elegant double bedrooms plus two suites alongside an excellent restaurant.

BHAVNAGAR TO AHMEDABAD (STAY AT THE HOUSE OF MG)

Today, you will explore Bhavnagar, known as the cultural centre of the state of Gujarat. Highlights include Victoria Park, designed in 1888 on the edge of Gaurishankar Lake. The park teams with vibrant flora and fauna plus 223 bird species such as Bulbuls, Green Bee-Eaters, Silverbills, Peacocks, Sunbirds and Rose-Ringed Parakeet. After your visit, you will be driven to Ahmedabad, where you will return to The House of MG

Today, your private luxury tour ends. Transfer to Ahmedabad airport in time for your onward flight.

This tour is purely a suggested itinerary for what your trip to India could include. Treat our Classic Gujarat itinerary as inspiration. Each trip designed by Rajasthan Tours is created uniquely for you, working to your budget and interests with an absolute commitment to quality.

We also offer textiles-focused tours to Gujarat. Known as the textile state of India, Gujarat has one of the subcontinent’s most flourishing textile industries. There are many different arts and crafts, each dependent on the community, caste, tribe and region. The result is a rich and varied textile heritage. Our textile tours give the chance to experience the traditional techniques of these textiles and also provides some great shopping along the way.

The price shown includes hotels, breakfast, sightseeing, transfers, internal flights, private guides and chauffeur-driven car. On request, we can include international flights, too. In other words, we take the work off you to allow you to enjoy the most memorable holiday experience.

The price is a guide and subject to change based on hotels, dates of travel and number of people travelling. During the low season (April to September), the costs are significantly less yet this season remains a great time to travel with smaller crowds and more affordable rates. During the high season, particularly over Christmas and New Year, prices are higher however there are lots of great festivals and the weather is excellent. 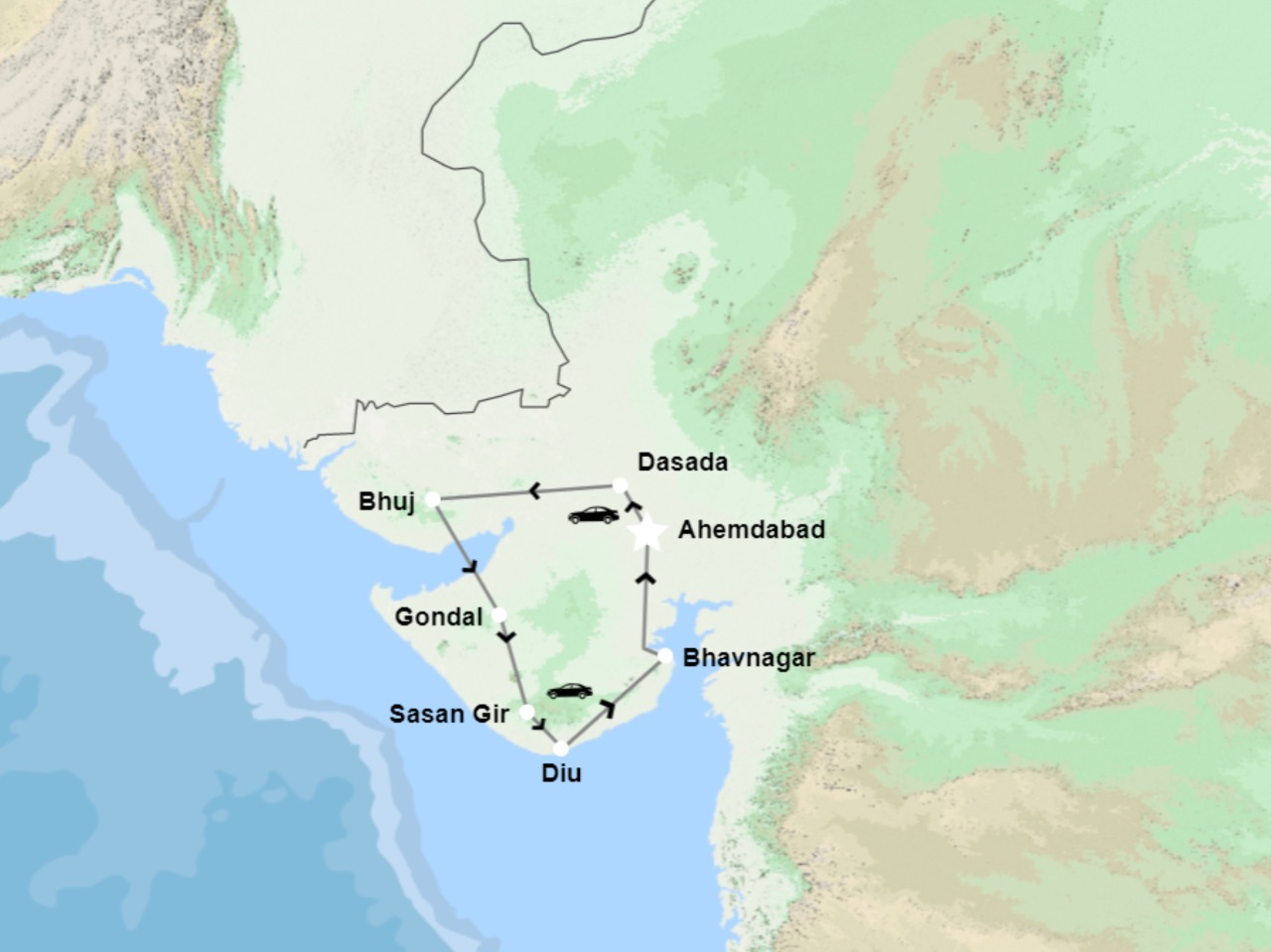 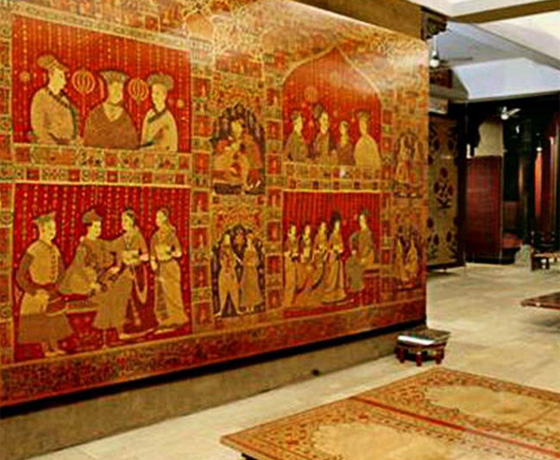 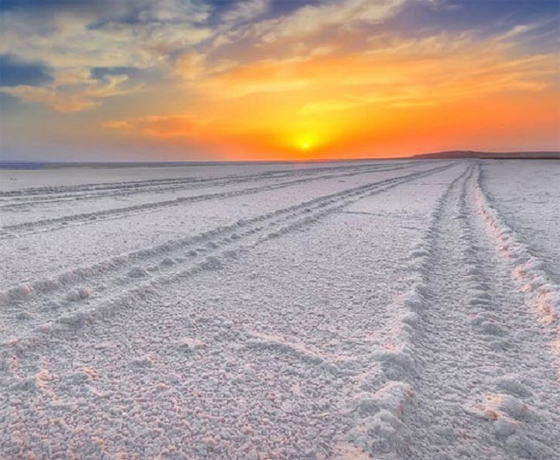 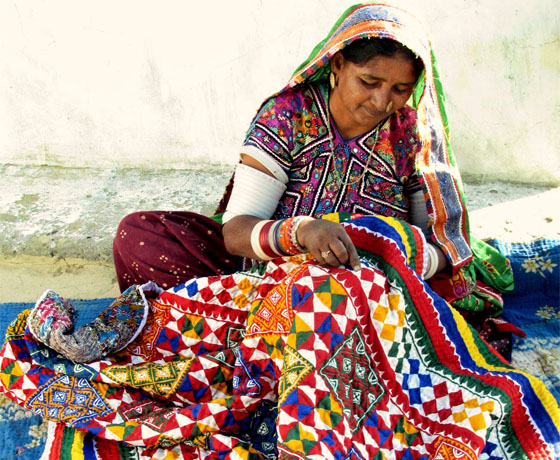 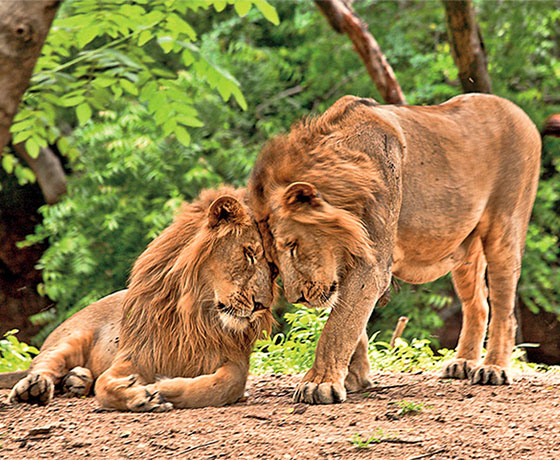 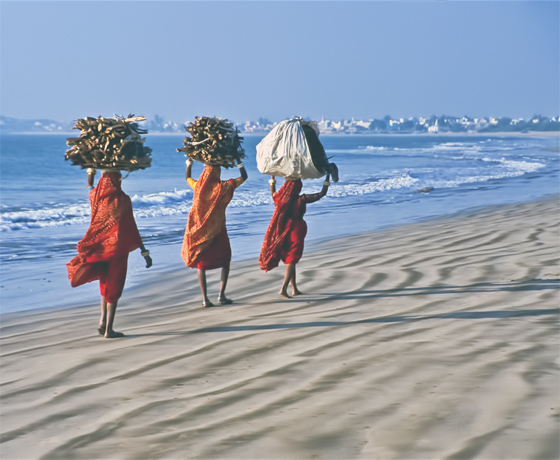