This luxury private tour of India provides a rich insight into India’s extraordinary cultural heritage and diversity, combining some of the world’s most magnificent temples with the thrill of spotting tigers in the wild. Begin in Mumbai, a dazzling coastal metropolis, where culture, fashion, and history meet. Next, fly to Aurangabad, home to the ancient Ellora and Ajanta Caves, before heading to the peaceful riverside town of Maheshwar. Then start your safari, searching for tigers in Pench National Park and Kanha National Park before completing your search in Bandhavgarh National Park, which has the highest concentration of tiger anywhere in India. Next, visit Khajuraho, world-famous for the erotic stone carvings that swathe its temples before finishing in India’s cosmopolitan capital Delhi where you will enjoy the contrasts of the city, from souk-like bazaars to tree-lined colonial avenues.

On arrival, you will be chauffeured to Taj Mahal Palace, one of the most iconic luxury hotels in India. The Taj opened its doors since 1903 and is at a prime location overlooking the Gateway to India. The Taj is a striking blend of elegance, rich history and modern facilities with Italian marble floors, Belgian chandeliers and 4,000 works of art plus ten of the city’s most acclaimed restaurants. The Taj Mahal is a destination in itself with a wonderful pool side area and barbeque restaurant, a famous shopping arcade and a wonderful lobby with all the glitterati of India and Bollywood stars walking in and out. You can enjoy an afternoon at the Sea Lounge overlooking the Gateway of India or stroll around the corridor with designer shops and a wonderful in-house tailor too.

Today, you will be exploring the best of Mumbai with a private guide. Get up early for a dawn tour of the city's market. Then, after a feast of a breakfast, discover the city’s stunning colonial heritage and magnificent architecture, including Flora Fountain, Gateway of India and Elphinstone Circle. There’s plenty of great shopping, too, as well as a fantastic food scene for which we can give recommendations.

This morning, take a direct flight to Aurangabad, a former Mughal capital where you’ll check into Vivanta Aurangabad, a palace-style hotel with five acres of landscaped gardens. Although this is not the most glamorous Taj hotel it is the best available in Aurangabad. Later on, explore the Ellora caves, a UNESCO World Heritage Site and one of the largest rock-cut monastery-temple cave complexes in the world. The colours, derived from plants and minerals, are in rich shades of ochre, blue lapis and black. Finish with a visit to the Bibi Ka Maqbara, a 17th-century mausoleum, known as poor man’s Taj Mahal and the 17th-century Jama Masjid.

Today, your chauffeur will drive you to the Ajanta Caves, where you will spend the day exploring these magnificent rock-cut cave temples, adorned with Buddhist sculptures and frescoes, dating from 2nd century BC to the 6th century AD. Among the earliest monastic institutions to be constructed in the country, they were abandoned and lost to history until their rediscovery in 1819 by a British officer. The caves are fascinating with a series of engravings from different centuries with vivid styles. The caves were inhabited by monks and craftsmen, who used them as monsoon shrines. The sculptures and murals depict the lifestyle of the 15th century with court scenes and the likes.

This morning, you will leave Aurangabad and be driven to the peaceful riverside town of Maheshwar. On arrival, check-in to Ahilya Fort, above the sacred river Narmada, which has 19 characterful rooms set in six 18th-century buildings, surrounded by courtyards, fountains, and gardens. In the evening, enjoy a champagne sunset cruise to view Baneshwar temple, in the middle of the river, which according to ancient Hindu texts, is the center of the universe.

Spend the morning exploring the Ahilya temple, sari workshop and a walk along Maheshwar and the temples. Alternatively visit the nearby historic fortified city of Mandu, which is home to some of India’s finest examples of Afghan architecture as well as impressive baobab trees, originally from Africa and carried here on ancient trade routes. Return to your luxury hotel in time for lunch before spending the rest of the afternoon at leisure with the chance to experience the traditional nomadic maalish massage of the region.

MAHESHWAR TO PENCH (STAY AT BAGHVAN)

This morning, you’ll be chauffeured to Pench National Park, driving through the thriving small towns of central India. On arrival, check into Baghvan, a luxury camp, run by Taj, which has 12 charming colonial style bungalows built with machans, outdoor showers and modern comforts. In the afternoon, go for a game drive in search of the tiger, the park’s most famous resident. Other wildlife includes: Leopard, Spotted Deer, Wild Boar, Sloth Bear and over 250 species of birds. Evening at leisure to dine on the deck overlooking the nullah or river bed a preferred route of the native tiger.

Today, you’ll continue your exploration of Pench National Park with early morning and afternoon game drives. A scenic reserve covered in prime teak forest and grasslands of the Satpura Range, Pench is named after the meandering Pench River that flows through it – and was the inspiration behind The Jungle Book, where creatures like Shere Khan and Baloo can still be spotted. Evening at leisure to sip cocktails or dine in your private machan or tree house.

Start the day with an early morning game drive before transferring by road to Kanha National Park. Here, you’ll check into Banjaar Tola, a safari lodge run by Taj, situated along the banks of the Banjaar River. This property is light and intimate with sunlight filtering through the jungle canopy. In the afternoon, go for a game drive with a trained naturalist. Enjoy a tea and mini picnic in the forest, during the game drive. Some of the more frequently spotted wildlife include Indian Bison, the rare hardground Barasingha (swamp deer), black buck and jackal; but the park is also home to a healthy population of tigers. Kanha is the largest of the three forests on this itinerary but is known for its tiger population.

Continue to explore the park today with both early morning and afternoon game drives. This includes a small breakfast on the morning game drive and a tea break in the afternoon. One of India’s largest wildlife reserves, the stunningly beautiful Kanha with its dense sal and bamboo forests, verdant grasslands and meandering rivers provides shelter to nearly 30 species of mammals and over 200 species of birds. Between safaris, you can also join the naturalist for a nature walk or borrow bicycles and explore the surrounding villages.

After an early morning game drive, journey to Bandhavgarh National Park and check into Mahua Kothi. Run by Taj, there are 12 standalone luxury cottages blending charmingly into the surroundings with decor reflecting natural elemants with elegant simplicity. This property overlooks a large grassland where monkeys and birds make a regular appearance. Lunch and dinner is served in the outdoors and gives a true feel of the lifestyle of rural India as well as a real forest feel. Later, this afternoon, once you have settled in, you’ll be met by your naturalist who will give you the lowdown on Bandhavgarh and all that the park has to offer. This is the smallest park on the circuit with a big tiger population therefore one of the best for tiger spotting.

Today, you will embark on both morning and afternoon game drives in the park. Originally, the private reserve of the Maharajas of Rewa, Bandhavgarh is considered to have the highest concentration of wild tiger anywhere in India with the steep cliffs, rocky hills covered with dense sal and bamboo forests making it the ideal terrain for the big cats. Other mammals to spot include leopard, sloth bear, wild boar, hyena, sambar deer and wild dog. Evening at leisure at your hotel and watch chefs prepare traditional meals in open kitchens.

Continue your safari with both early morning and afternoon game drives. Alternatively, spend the day exploring Bandhavgarh Fort, where halfway up the hill to the fort, in a grove at the source of the Charanganga River, lies an enormous statue of Vishnu in a reclining pose. There is also a cluster of man-made caves, some of them pre-historic. This property has an excellent spa which is much needed after the bumoy game drives. Another option is to explore the surrounding villages and get under the skin of local life. Evening at leisure to have a sundowner in the open verandahs.

KHAJURAHO TO DELHI (STAY AT THE CLARIDGES)

Your luxury private journey through India begins on arrival in Delhi, where you will be met by a member of our team at the airport and chauffeured to The Claridges, an elegant five-storey character property, which features classic contemporary interiors, a lovely pool, and four excellent restaurants. The Claridges has a great central location. For those wanting to experience an old world colonial charm we would recommend the Imperial hotel for them. Spend the afternoon, going for a stroll through verdant Lodi Gardens or exploring the enticing boutiques of Khan Market. You can also use this afternoon for a drive by tour of India Gate and the president's Palace.

Start the day with a guided walking tour through the bustling alleyways of Chandni Chowk’s souk-like bazaars, including Khari Baoli, Asia’s largest spice market and Kinari bazaar famous for wedding outfits. Spend the day discovering the myriad of sights in Old and New Delhi including the 17th- century Jama Masjid, Qutb Minar and Humayun’s Tomb which is thought to have inspired the Taj Mahal. Other highlights include India Gate, Connaught Place and the Lotus Temple. Evening to relax or dine at Bukhara, one of Delhi's finest restaurants for tandoori specialities and North Indian cuisine.

Today, your luxury private tour ends. Transfer to Delhi airport in time for your onward flight.

This tour is purely a suggested itinerary for what your trip to India could include. Treat our Central India Temples and Tigerstour as inspiration. Each trip designed by Rajasthan Tours is created uniquely for you, working to your budget and interests with an absolute commitment to quality.

The price shown includes hotels on double or twin sharing basis, breakfast, sightseeing, transfers, internal flights or trains, private guides, monument entrances, activities and excursions and chauffeur-driven car. On request, we can include international flights, too. In other words, we take the work off you to allow you to enjoy the most memorable holiday experience. The price is a guide and subject to change based on hotels, dates of travel and number of people travelling. During the low season (April to September), the costs are significantly less yet this season remains a great time to travel with smaller crowds and more affordable rates. During the high season, particularly over Christmas and New Year, prices are higher however there are lots of great festivals and the weather is excellent. 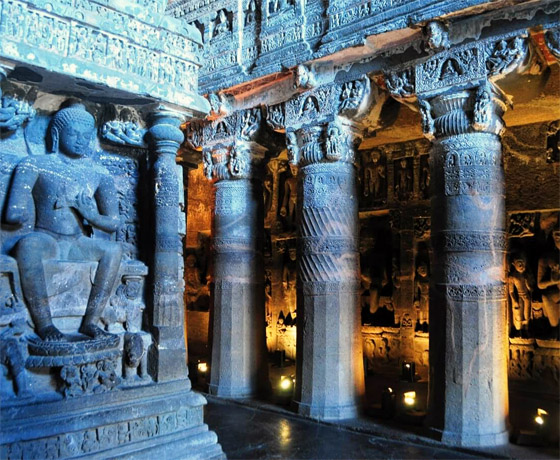 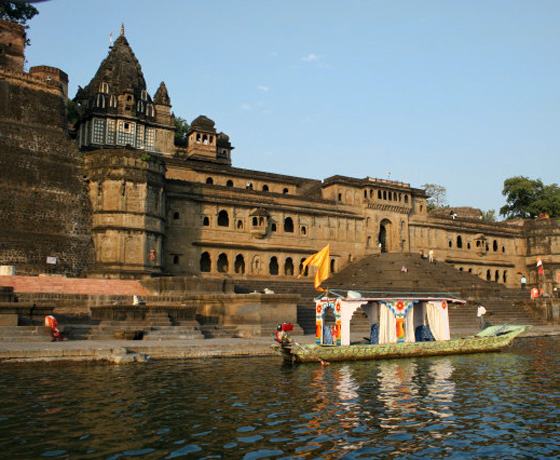 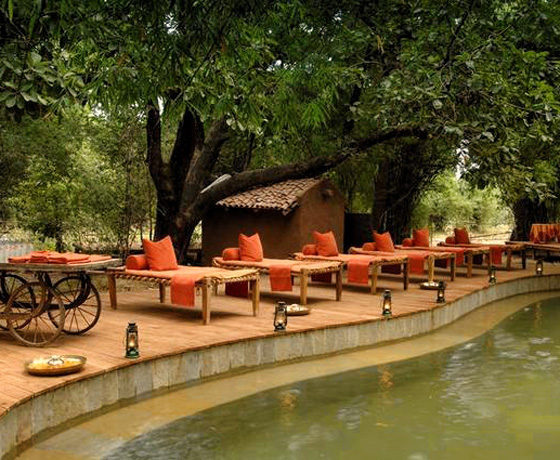 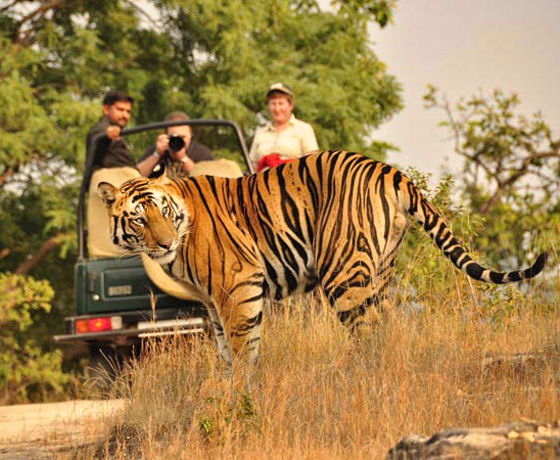 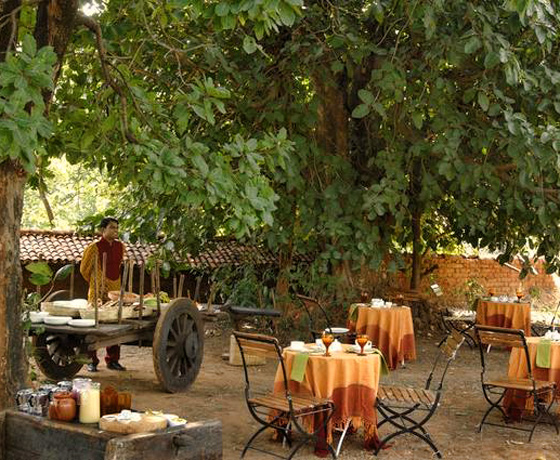