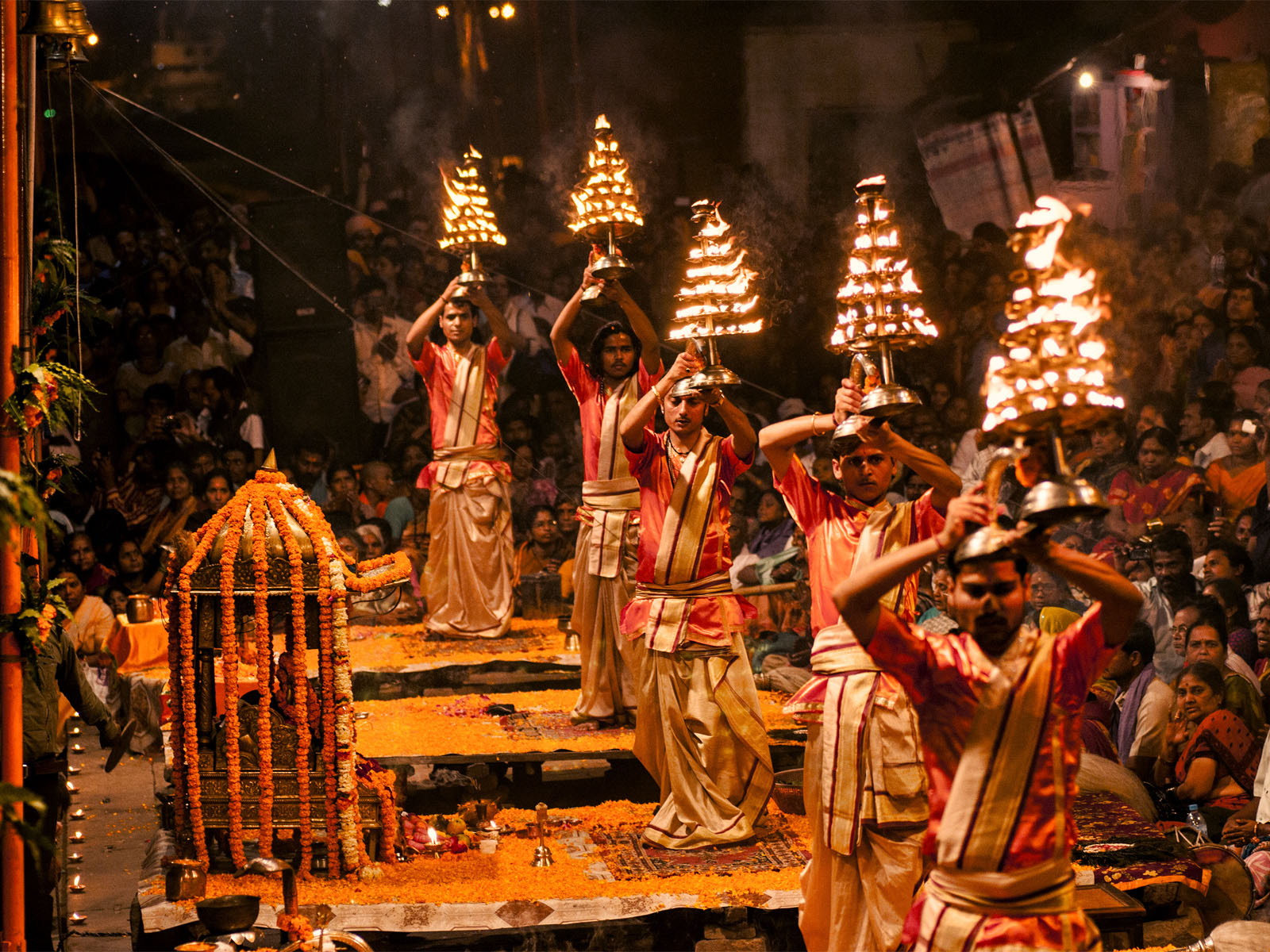 “Varanasi is older than history, older than tradition, older even than legend and looks twice as old as all of them put together.”

Varanasi, also known as Benaras, Benares, or Kashi (meaning ‘resplendent with light’), is the nation’s most sacred city, and the perfect place to connect with India’s spiritual side. Intimate rituals of life and death are laid bare and it’s an assault on the senses: sounds, sights, and smells abound around every corner. Still, the so-called City of Light often turns out to be an unforgettable highlight.

One of the world’s oldest continually inhabited cities, and one of the holiest in Hinduism, a visit to Varanasi is thrilling but exhausting, and never boring. Stretching along the River Ganges, this is where millions of pilgrims come every year to the ghats lining the Ganges to wash away sins in the sacred waters or to cremate their loved ones. It’s a particularly auspicious place to die since expiring here offers moksha (liberation from the cycle of rebirth).

Here we share our top tips on where to go and where to stay to ensure you experience the very best of Varanasi:

1. Go for an early morning river cruise on the River Ganges

Spiritually enlightening and fantastically photogenic, Varanasi is at its brilliant best by the ghats, the long stretch of steps leading down to the water on the western bank of the Ganges. Most are used for bathing but there are also several ‘burning ghats’ where bodies are cremated in public around the clock. An early morning river cruise allows guests to see the ghats in all their glory, watching Hindu religious practices such as worshipping the sun god where devotees pay homage to the sun and water gods. It’s a world-class ‘people-watching’ opportunity as you glide along, taking in the fascinating mixture of people who come to the Ganges not only for a ritual bath but also to wash clothes, do yoga, offer blessings, sell flowers, wash their buffaloes, improve their karma or simply hang around.

2. Take a boat ride on the River Ganges at sunset, to catch the aarti (prayer) ceremony

A boat trip along the River Ganges at sunset provides an excellent introduction to Varanasi, including the chance to watch the spectacular Ganga Arti Ceremony on Dashashwamedh Ghat – the final Hindu ritual of the day when, as dusk descends, thousands of locals and pilgrims gather together for evening worship to offer their prayers to the Mother Ganges. Young priests from neighboring ashrams complete their daily rituals, looking out onto the holy Ganga, whilst chiming bells create a cacophony of sound. The steps fill with people singing Vedic hymns, lighting oil lamps, blowing conch shells, clashing cymbals and praying along with the priests before devotees light little flickering oil lamps that are floated down the river into the horizon.

Varanasi’s old city stretches back from the west bank of the Ganges in a maze of pedestrian alleys, or galis. This tight tangle of lanes is by far the most atmospheric part of the city. Indeed, things have changed here only superficially since medieval times. The old city spills out onto the Ganges, and the riverbank is lined with more than 80 ceremonial ghats, with central Dashashwamedh Ghat being the busiest and most famous. The east bank of the Ganges is a barren sandbank that floats in a misty haze created by the smoke from the endless cremation fires at Manikarnika with corpses being cleansed, funeral pyres being built and flames licking flesh – pi-dogs, wild cows, dignified sadhus, and street children all living among the cinders.

Besides being India’s oldest pilgrimage center, Varanasi is also known for its beautiful textiles, including some of the finest silk in India. Famous for its gossamer-fine cotton weave for over 2,000 years, its weaving traditions acquired new splendor from the 16th century onwards, with the patronage of the Mughal emperors. Varanasi’s weavers soon became adept at weaving silk with gold and silver thread, to create stunning brocades for royal costumes and court furnishings. These intricate designs are still made and sold in the city today with gold and silver brocade work and elaborate motifs on pure silk, organza, georgette and shatter in the finest quality all available to buy. Also, worth looking out for are wonderful pieces of brassware, copperware, wooden and clay toys and antique designs of heavy gold jewelry.

Sarnath, 10km from Varanasi, is one of Buddhism’s holiest sites. Buddha came to Sarnath to preach his message of the middle way to nirvana after he achieved enlightenment at Bodhgaya, and gave his famous first sermon here. In the 3rd century BC, Emperor Ashoka had magnificent stupas and monasteries erected here. When Chinese traveler Xuan Zang arrived in AD 640, Sarnath boasted a 100m-high stupa and 1,500 monks living in large monasteries. However, soon after, Buddhism went into decline and when the Muslims invaded the city in the 12th century, Sarnath disappeared altogether. It was ‘rediscovered’ by British archaeologists in 1835. Today, the museum exhibits a super collection of Buddhist artifacts, including the Ashokan lion capital – the inspiration for India’s national emblem.

Long regarded as a center of learning, Varanasi’s tradition of top-quality education continues today at Benares Hindu University in southern Varanasi near the banks of the River Ganges. Built-in 1916 in the Indo-Gothic style of architecture, this iconic institution is not only one of the largest centers of education in India but also in the whole of Asia with over 20,000 enrolled students from more than 34 nations. Sprawling over 1,350 acres of land, the wide, tree-lined streets and parkland of the campus offer a peaceful atmosphere a world away from the city outside. On campus is Bharat Kala Bhavan, a roomy museum with a wonderful collection of miniature paintings, as well as 12th-century palm-leaf manuscripts, sculptures, and local history displays.

Where to Stay in Varanasi

For: a luxury Indian palace hotel experience away from the hubbub of river life

The most luxurious hotel in the sacred city of Varanasi, Taj Nadesar Palace was built by the East India Company. The property was then bought by the Maharaja Prabhu Narayan Singh in the late 19th century to accommodate visiting dignitaries. In 2011, the palace was spectacularly restored by the Taj Group and turned into an opulent retreat with 40-acres of the garden, planted with marigolds and mango trees. There are 10 bedrooms and suites, with large windows, spacious living areas and marble bathrooms, complete with stand-alone bathtubs. The ornate dining room serves cuisine reminiscent of the palace’s royal past and an array of gourmet global dishes. The Jiva Spa should also not be missed, offering aromatherapy massages, body scrubs, and other beauty treatments.

For: luxury on the banks of the river, amongst the heart of the action

Nestled on the fringes of the water’s edge on the banks of the River Ganges, near the famous Darbhanga Ghat, this luxury boutique hotel is one of the oldest landmarks in the city, dating back to 1812. It is the best place to stay if you are keen to be in the midst of it all – the Ganges, the evening aarti and morning pujas can all be viewed from the palace itself. There are 32 well-appointed en-suite rooms and suites, each one decorated to combine Banarasi old world charm with a contemporary touch. The stunning rooftop restaurant offers panoramic views of the river. There are exceptional dining experiences, too, including dining on a riverboat. Guests should note that no alcohol or meat is served at Brijrama Palace due to the property’s location on the holy ghats.

How does Varanasi fit in your itinerary?

Varanasi is a wonderful addition to a broader tour of north India, and slots in perfectly between Delhi and Agra with regular direct flights. That said, all our tours are completely tailor-made around you so do get in touch with your ideas so far and we can plan. 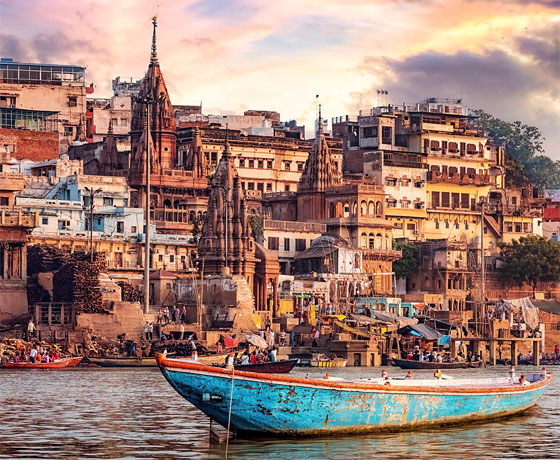 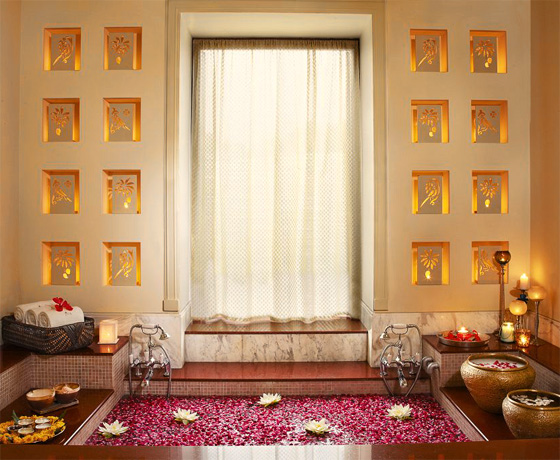 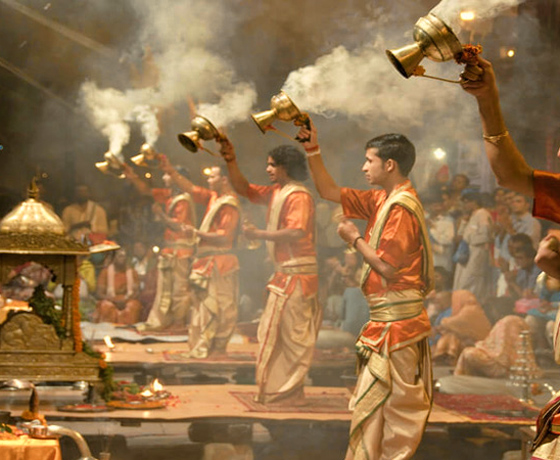 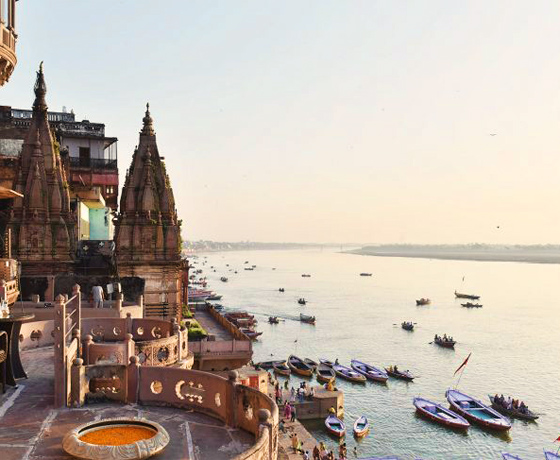 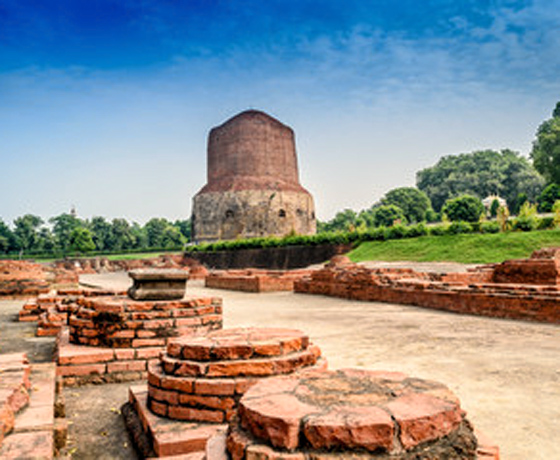 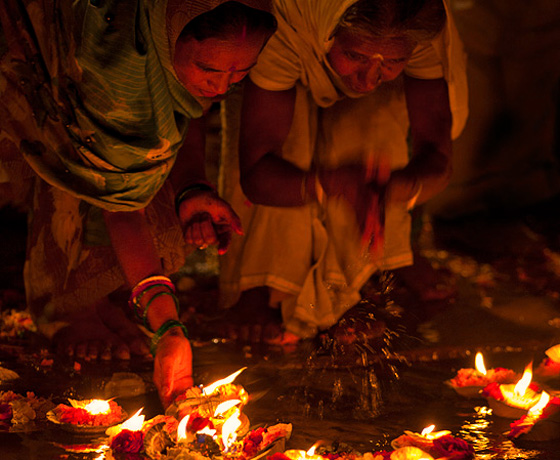